Les Miles Is Getting Back to Where He Once Belonged 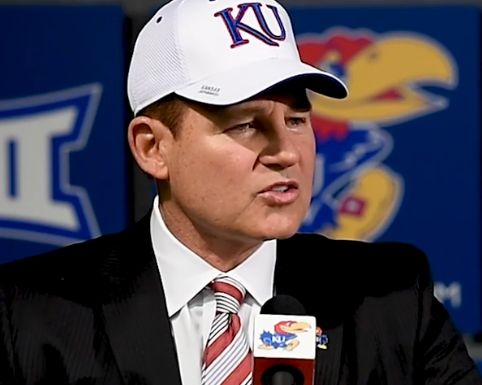 All the coaches 'round him said he had it coming, so he gets it while he can.

And, damn! Did Charlie Weis get it! Coulda been college football's best hiring sting of all time.

Such is the way these things can go when a school is hellbent on finding a brand name to take command over their gridsters and make a PR splash. However, sometimes ...

Maybe this time, it'll be different for Kansas.

Les Miles has done the Big XII thing before and did a great job ushering Oklahoma State into a higher, more successful profile.

It's quite possible he'll do the same in Lawrence. In his deliberations, OG surely took notice of a little-mentioned detail that may have made the Jayhawks gig more attractive to him than most candidates.

If David Beaty did nothing else for Jayhawks football -- other than being fired -- dude's opened a promising recruiting pipeline to Louisiana.

OK, he didn't hang on to all of his Cajun country commitments, but the door's now wide open for others to join the likes of waterbug Pooka Williams Jr from Boutte, La:

Miles has been justifiably criticized for lotsa stuff -- besides dietary preference -- but recruiting's never been anywhere on those lists.

So it wasn't just a longtime association with Kansas AD Jeff Long that brought Miles to Lawrence.

If anyone can pick up where Beaty left off in Louisiana -- and possibly reintroduce a bitta defense into the Big XII -- it's The Hat.