IMG Shuts Out Bishop Sycamore, and Then Everyone Else Does, Too 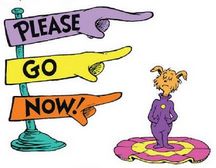 This could just be the story America needs right now.

In an era where fact-warpers keep claiming fake news to promote their scams and too many people simply accept them at face value, maybe the time for a full dose of fake reality to set them straight.

So, in that light, thank you, oh ye mighty Centurians of Bishop Sycamore High School.

The resurrection angle fits right into that religious veneer, too, since Christians of Faith Academy had its cover blown a couple of years ago.

All it took was a couple of years to run the same racket.

At its core, this is a money-grabbing scheme by one Andre Peterson. Dude's cashing in on ...

By hiding under the guise of being a non-profit religious organization, it appears he takes advantage of businesses being hesitant to chase after them to pay bills on time, if at all.

Perhaps he was playing off the image of Bishop Gorman High School in Las Vegas, which has put a number of jocks into major college programs. Perhaps he knew he could hide in plain sight in sports-mad Columbus, Ohio, home of the Buckeyes as well as the NHL Blue Jackets and MLS Crew.

But especially the Buckeyes.

Whatever, image was everything. All Peterson had to do, it seems, is entice a roster of passable athletes who resembled high schoolers, put together a schedule, announce the program, and watch the dosh roll into his version of a roach hotel, where nothing goes out.

And in the current state of laissez-faire research, the rest was easy.

It's how the Centurians wound up on ESPN playing an actual high-end sports program in Florida's IMG Academy, which turned out to be a literal Christians vs Lions debacle.

So much, in fact, that the broadcast crew could stand it no more:

And then it emerged that the team had played a game on Friday before their IMG tilt on Sunday.

Enter the real journalists and investigators, who finally started taking a hard look.

Think of is as a classic case of another age-old warning:

Safe to say we've seen the last of the Centurians.

With the football? No.

With the dumbshittedness of everyone -- everyone -- who bought into them because of the mere fact that they must be elite because they said they were?

It seems that only in utopia does fake get called out because someone decided to verify. It must be a wonderful place.