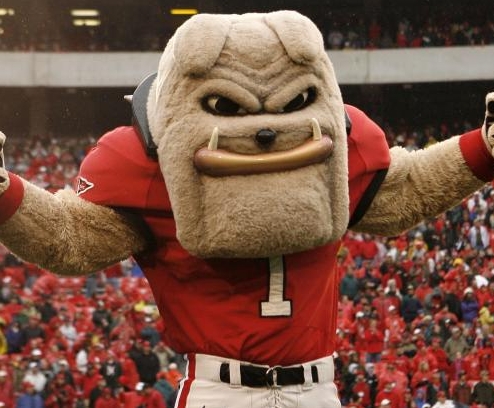 This is what you do when bumper stickers just aren't intense enough.

And if you've got enough scratch to be driving around in a Hummer, why the hell not?

It's not often that the SEC title gets yanked outta Alabama, but when it is and your team's the one that did it ...

To a certain Bulldog fanatic in Atlanta, that meant strapping a big screen to his guzzler and looping the title game video for the forced enjoyment of anyone driving behind him.

Fortunately, to this moment, no bumper hugger got too wrapped up in the action. Nope. It wasn't even what tripped up this assumed Arkansas fan:

Incredibly, the Hummer dude needed fuzz help because his ride had broken down.

Unlike the Georgia Bulldogs in the SEC championship game.