Bayou Bengals Plan to Lay a Bitta Offense on Longhorns 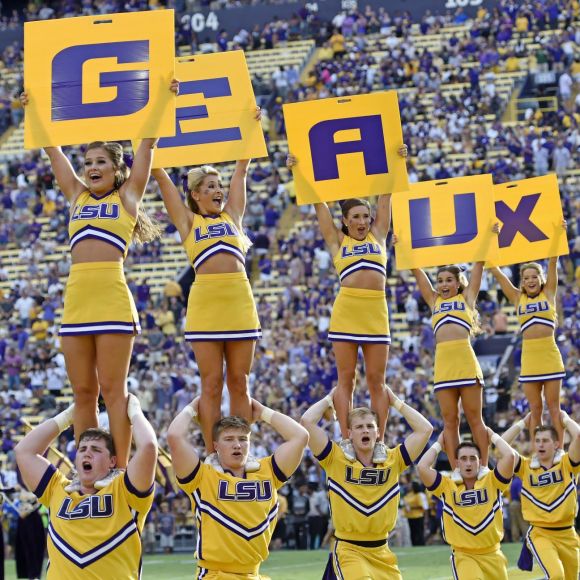 If LSU's learned anything obvious over the past few seasons, it's that defense may win games, but that side of the ball can't do it all by itself.

Waiting for the likes of Alabama, Auburn, or whomever to turn the ball over enough times to make a difference is as futile as logic says it is.

So, at long last, Tiger coach Ed Orgeron has pledged to do something drastic.

Bovada is always a good indication as to whether real change is at hand, and that seems to be the case here.

It may be early days, but all signs are that this year's Bayou Bengal offense is indeed the real deal.

QB Joe Burrow got himself into the groove as last season progressed, and Orgeron's new spread offense plays to his strengths. Sure, the Georgia Southern 55-3 wipeout was a glorified scrimmage, but it still showcased Burrow's skill: 23-of-27 for 278 yards, five TDs and 0 interceptions.

Clyde Edwards-Helaire and freshman John Emery Jr have good hands outta the backfield and spiffy moves wherever they are. They'll keep defenses honest and give Burrow more space to do his thing.

Because that's what their fans do, expectations are sky-high for the Longhorns in 2019. They'll never be fully realized until the team wins the CFP title, but there are lotsa reasons for optimism in Austin.

Slingin' Sam Ehlinger formally announced his arrival on the national scene with a stellar performance in Texas' upset of Oklahoma in the Red River Rivalry last season. They'll need him at his best for this one, what with the injury bug infecting the RB ranks. Fortunately for the 'Horn cause, he's capable.

Texas coach Tom Herman is 3-0 all-time against SEC teams, including that impressive 28-21 Sugar Bowl triumph over Georgia. As well, if anyone knows how to handle a spread offense, it's a Big XII team.

Still, LSU may have lost key defensive players, but they're a program that simply reloads from that side. With Burrow having a ground game to support him where that prospect's dodgy for Texas this week, the Tigers have to have the edge here, even on the road in a game that looks like a classic point-trading affair.

Noah lives and works with a simple philosophy of “Eat, Drink, Football.” This is embodied through a dedication to satellite TV, Indian delivery, Folgers in his cup, and Budweiser. He lives in a secret lair with his beautiful concubine.