Any Attempt to Block Chase Young Is Silly and Pointless 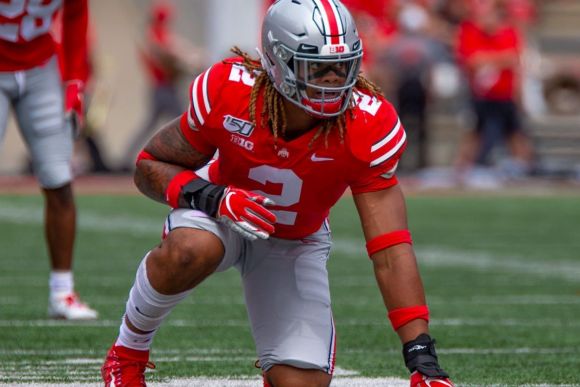 Okay, this whole Chase Young thing is getting out of hand.

The Ohio State defensive end and apparent unstoppable force of nature is performing some extraordinary acts on the football field this season, and resistance is proving to be completely futile.

Dude was already on an absurd sack pace before his four-sack masterpiece against Wisconsin.

Now it's getting quite real.

Take a look at this fun little stat pack:

What a day for Ohio State's Chase Young 😤

That is how you go about single-handedly neutering an opponent.

Let's have a look at this mutant plying his craft:

Now, you could obviously hear Gus Johnson screaming about Young being the best player in America right now.

"I tell you what, partner. I have a Heisman vote. That man, Chase Young, is atop my list." -Gus Johnson pic.twitter.com/fezL9FwVyX

And yes, he even mentioned his Heisman vote, but that's where we hit something of a snag.

Tradition and outdated modes of thinking dictate that a QB or RB win this award the vast majority of the time.

So while dude's getting some trophy buzz at the moment, the possibility of actually winning the award remains unlikely.

Ohio St. should give Chase Young a carry at RB so he becomes eligible for the Heisman.

That bit of humor reveals the sad reality of the current situation.

Since there is obvious positional bias at play, Young would probably have to break the NCAA sack mark to have a chance, which would be 24 of them by the beastly Terrell Suggs during his collegiate days at Arizona State.

He may get to attend the ceremony in NYC, though:

Our pal would probably strip-sack the other finalists purely on instinct.