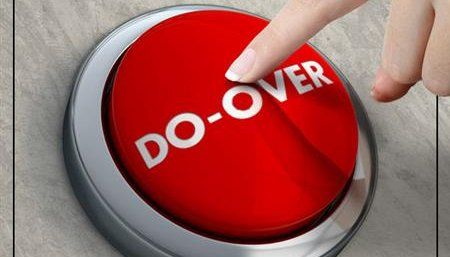 Remember whenNBA players were hacking dudes who stunk it up at the foul line late in games?

The notorious Hack-a-Shaq strategy is Exhibit A.

Instead of players beating it by becoming better foul shooters, the NBA implemented a rule to discourage it by giving the hackee -- or whatever you'd call him -- a free-throw and the ball or variations thereof.

As to those parts of the game not covered by the rule, Kung-Fu, dudes!

Let's switch to MLB for a moment. A significant number of players are dead pull hitters, so managers now put a shift into effect, which is kinda like cricketers have always done. And in cricket, the term always goes back to the 1300s!

Eight centuries of allowing players to position themselves where they like is a rather strong argument for leaving well enough alone.

MLB, though, is starting to think that since players can't go oppo and make more outs as a result, they should make a rule to coddle them!

So instead of having players work on taking a pitch the other way, those bright lights in the Commish's office want to outlaw the shift!

Someone needs to put out an APB for common sense before it's too late.

Because this stuff's spreading. For example, it looks like this strangeness has drifted over into NCAA basketball.

The Big Dance is amazing! One and done. Have a bad game, and you're out. Come up against a team that's hot at the right time, and you're toast.

This year has seen some great games! Upsets, overtime ... you name it, and this year's provided it.

Duke fans all over the world -- and everyone at the involved networks -- are heartborken because the Blue Devils were beaten by Michigan State in the Elite Eight.

An on-air personality at ESPN -- aka Duke HQ -- claims that the NCAA tourney should be a best-of-three once it gets down to the Elite 8.

Is he serious right now? Because your team lost, you want to change the rules?

Wow! Welcome to 2019, sports fans! Duke had the No 1 recruiting class, the No 1 player, and just maybe the best coach in college basketball. Why did they lose?

The same reason that Kentucky lost: all those first-round draft picks can't hit a damn free throw! Hit one and advance, baby!

We cant change the rules because mighty Duke lost. Hit a free throw, make a play, get a stop on defense. The Dookies had their chance like every other team. They lost.

Have a nice pro career, dudes, and dont forget to put in your work at the stripe!

Somewhere at this very moment, there's a warehouse full of Duke NCAA Champions 2019 T shirts. I even think there might a few similar Kentucky shirts, as well.

Hit your free throws and play in the Final Four. That's harsh reality.

But we should not change the rules just because NBA first-round draft picks can't make them!