The FBI's Version of March Madness Is Insane 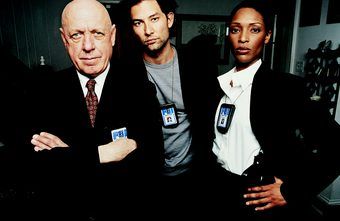 After last fall's arrest of four assistant coaches from four different schools, who's actually shocked that more shoes are about to drop?

How long will it be before the big names start appearing?

FBI probes work from the outside in. Dudes begin by interviewing those on the periphery of whomever they're targeting and gradually close in. That's how they encircled and nabbed the assistant coaches, and that's what they're doing now.

With conference title tournaments in the immediate offing, who knows if the timing of that Yahoo report is coincidental?

It's clear, though, that universities themselves have had ample opportunity to clean their own houses, but not much has happened for whatever reason.

Take this report from a Tucson newscast from September 2017 and check the calendar now:

The caller's got a point. How would a head coach not know what his underlings are doing? Thus, it could well be that four prominent head coaches-- one for each nicked assistant -- are already in legal jeopardy.

As to Arizona, toss in the grenade that is the scandal of fired football coach Rich Rodriguez's sexcapades, and the Wildcats do have their hands full with keeping donors and season ticket holders onboard, among other things.

But still, it seems 'Zona hasn't been in a hurry to get on with their announced investigation. So now, they'll have help.

As will a host of the sport's biggest brands, from Kentucky to Duke, Michigan State to Texas, and all points in between.

This could make Selection Sunday much more dramatic since it's odds-on that more than one committee will be doing the selecting.

Turns out they weren't.