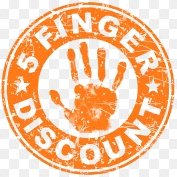 This is not a good time to be accused of a crime in China.

The government happens to be in the midst of a huge corruption crackdown.

Dudes are even busting the country's 1%ers and top wonks, so this time, they're serious.

It could be a reason why the three UCLA freshmen accused of shoplifting in Hangzhou could spend enough time there to learn Chinese.

How in the name of Ocean's 11 do three iGens still think a high-end shopping center in the world's second-largest economy would still have Pink Panther tech watching over its valuables?

That generation was born with the electronics gene.

How could they not know security cams -- especially in a Big Brother culture -- would be trained on every damn thing that moves or could be moved?

Seems like the American education system needs a crackdown of its own, like mandatory social studies classes.

Maybe then they'd know the Chinese legal system has a 99% conviction rate for anyone charged with a crime and shoplifters could face up to ten years in stir.

Obviously, a Chinese prison doesn't have the amenities of a Hangzhou hotel.

Alibaba has kajillions of any currency out there. The Pac-12's China game is a popular program with the Chinese officials. UCLA is a prestigious institution of higher learning that hasn't had any coaches arrested lately.

All that clout might not be enough in the midst of a corruption crackdown, as it'd smack of cronyism.

Can't have that in a proletarian society that modernizes on its terms.

American officials have expressed hope the trio could head back to the USA in a couple of weeks, but there are clearly no guarantees.

What that meant to the Bruins was more playing time to spread around in their season-opener with Georgia Tech in Shanghai. That's included highly-touted freshman Kris Wilkes, who paid for everything he took outta stores and then led UCLA to a 63-60 victory.

The moral of the story is obvious.

If you want a pair of quality shades, you're either gonna pay with currency or with your time.

And if you want bourgeois stuff at proletarian prices, hit Fanorama. It's not only the smart thing to do, it's legal.

And if this isn't first-largest economy capitalism at its best, then we're all doomed.