Angry White Dude: If It's Broke, Fix It! 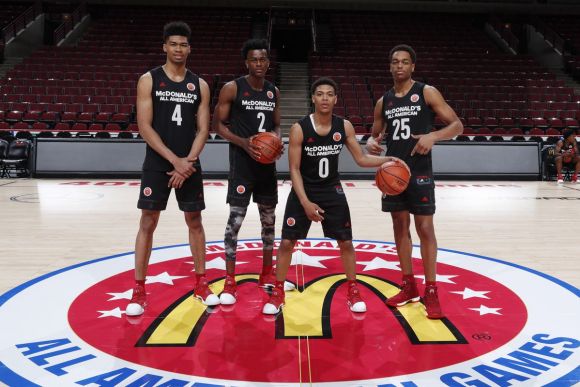 Time to pull out the old bromide that doing the same thing over and over again the same way and expecting different or better results is the meaning of insanity.

So, if I know that, I have to wonder why a certain SEC basketball coach just can't quite seem to figure it out.

The Final Four's all set, and once again, Coach John Calipari and his Kentucky Wildcats are sitting at home.

Coach Cal is all about the one-&-done.

Every year, the hype machine spews out the facts that the 'Cats have one of the highest-rated recruiting classes in the nation. It's become the norm for Kentucky to start five freshmen.

Coach can sure recruit -- for the most part -- and really, I don't know of any other coach who's better suited to handle the Wildcats. He can sell ice cubes in Anartica, but can he ever win another NCAA title doing things this way?

Cal did bring Championship No 8 back to Lexington in 2012. That team had about six players in the rotation: 3 frosh, 2 sophs, and 1 lone senior.

It didn't hurt that one of the freshmen was The Brow:

True be told, I think all six are still playing in the NBA.

It might just be me, but that sure seems a long way from five freshmen starting every game.

Cal really is a genius if you stop and think about it. I'll bet he's one of the highest paid coaches out there -- he'll make about $8million next year -- and he coaches at a place where the pressure can be unbelievable.

Yet, he has a built in excuse for not winning a title every year!

Toss in a few more of his greatest hits:

Those are also actual quotes and great excuses.

Coach Cal's use -- and in some cases, abuse -- of the one-&-done rule has allowed him to say them exact same thing to the press year after year. He's not lying, and he's not cheating.

The coach is on record saying that it's not his job to win championships.

His job is to make sure that his players are ready to earn a living when they leave Kentucky.

If that's the case, then he's doing an amazing job. Nobody has more future millionaires than Kentucky!

This year's five freshmen will either enter the draft or play pro ball somewhere next year. Some may transfer out like Charles Matthews did. He and Michigan are in the Final Four while Coach Cal will have another bunch of can't miss prospects on Kentucky's campus for nine months.

This might point to a very good reason why the teams that are in The Final Four this year made it that far. Let's take a quick look at their starting line-ups:

See the pattern? Nobody starts more than one freshman! Kentucky starts five every year and wonders why they cant get back to the title game.

Having the best recuiting class and the best players is a great thing.  Maybe he should try to have the type of players that can make up the best team!

Kentucky has eight titles. That's still three behind UCLA and their 11. What's going to happen in the future? Will the 'Cats shorten the gap between them, or will Coach Cal simply keep turning out more imminent millionaires?

Something seems to be broke in Lexington. So fix it!