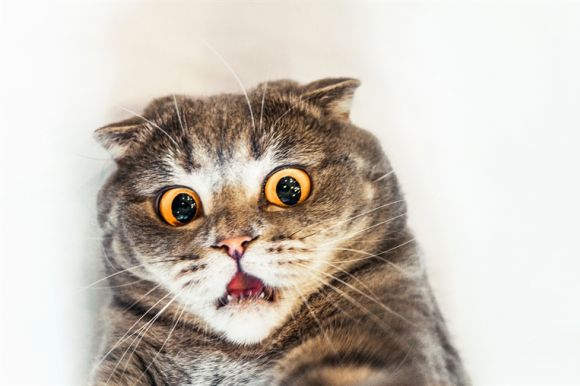 There's an old baseball bromide that says every time you go to a game, you stand a good chance of seeing something you've never seen before.

Of course, other sports don't play as many games as baseball, so maybe the odds aren't the same.

However, thanks to the magic of social media, when the weird or wonderful does pop up somewhere, we've got a great chance to expand our viewing experiences.

So it was that one alert cyber-citizen had his camera at the ready for that monumental hoops clash in Michigan when Burton Bentley High School's Tyvon Khan condensed his 15 minutes of fame into one momentous shot.

The team was trailing by two points with 1.7 seconds left in the game when they inbounded the ball on their end. The play wasn't supposed to go to Khan -- a quick look at the video will confirm that -- but there he was, back to the basket and obviously in what the hell mode:

Rhetorical question. Khan's the last one to know.

Buzzer beaters happen at all levels, but somehow, they're just more randomly chaotic at the high school level, what with high-pitched play-by dudes, victims of their own overdribbling, and everything in-between:

We should all be so lucky at least once in our lives.

What can we say but thank you, alert camera-ready humans.

And thank you, internet.