Published on 7-Jan-2018 by Alan Adamsson 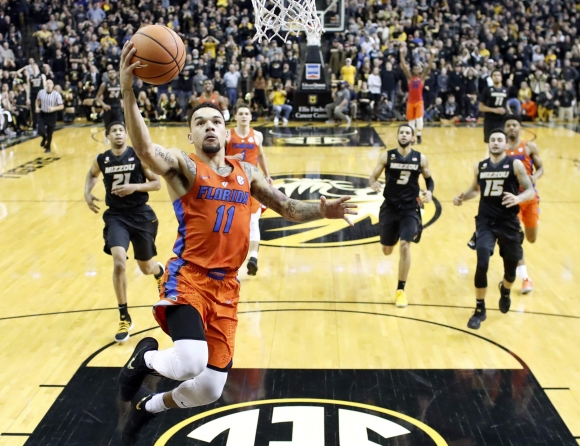 The dude in the red shirt syndrome.

Made famous by those doomed extras on the original Star Trek, this malady attacks anyone who takes routine matters for granted.

And that never bodes well.

So why'd he stand up with his phaser drawn, then?

That's not diligence. That's asking for it.

The Missouri Tigers just learned this age-old -- or is it a future-old? -- warning the hard way.

Too late. Dude did it.

There the Tigers were, tied with Florida at 75, with seconds left in regulation. They were setting up a three-point attempt by their hot hand, Jordan Barnett.

Thing is, that was so obvious that Gator guard Chris Chiozza was ready for a lax moment in a routine pass.

When it predictably came, he struck:

Passes like Mizzou attempted happen too often to count. They become mechanical, and that's when the syndrome hits. Totally avoidable. Just gotta pay attention to your surroundings.

The Badgers shoulda known better, too.

After all, they're wearing red.