Angry White Dude: Does He Even Believe What He's Saying? 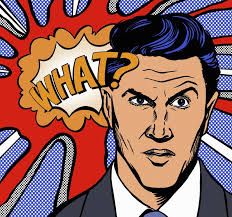 I know. This is becoming a fixation.

Kinda like watching a car wreck in slow motion, and I can't turn away from it.

I truly think that I could listen to Steven A Smith every day and then write a story showing that he's very close to losing his mind.

As, a matter of fact, I just might do that. Great idea!

So, as a bona fide fan, right of the top of your head, give me the three or five best college basketball players of all time.

You probably have a million more.

Stephen A says that Dwayne 'Pearl' Washington was best ever!

Please excuse me while I puff, puff, and pass; take a pill; and have a drink.

Best ever? Wow, Stephen A is doing fine on Cloud 9, baby!

Or wherever he gets his opinions.

Washington was, of course, a New York City playground legend at Boys & Girls High School and then played for Syracuse.

He made his team better. Solid college player who went on to log three years in the NBA.

After listening to Stephen A scream about him for seven minutes, you'd possibly think he was the GOAT of college basketball.

So where is Washington on your top three or five?

We might not ingest the same things as Stephen A, so allow me to throw one out there that you might've forgotten about:

He averaged 44points a game over his three-year career at LSU. Is that good?

Well, when James Harden does it over the course of one month, you want to have his baby. Pete did over a three-year period. Dude's the all-time leading scorer in Division I history.

I'm NOT saying Pete is the GOAT in college baskeball, but I am saying that his name is closer to the top of the list than Pearl Washington!

My point is, when you're on TV and radio all the time, you might to actually want to sit back and think about what you're going to be saying while you're broadcasting.

Does Stephen A really believe what he's saying?