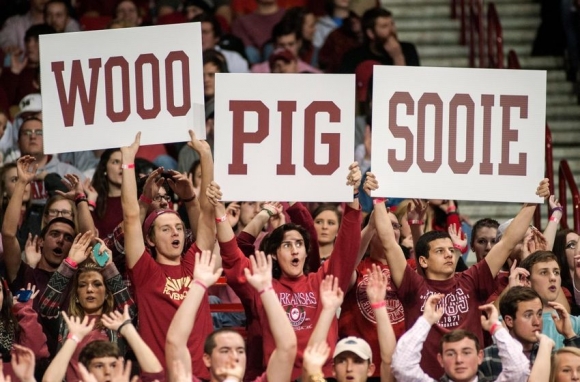 What exactly is going on in the state of Arkansas?

Recently, a bill was introduced that would've allowed guns inside various public places in the state.

Later, there was a measure passed that mercifully excluded sports venues on college campuses from that list of public places.

In addition to this madness, the Arkansas State Senate also just initiated a resolution directed at what they deemed poor officiating of NCAA tournament games.

Specifically, this group of dedicated lawmakers wanted to address the ending of the Arkansas vs North Carolina game.

Apparently, Hog Nation feels that a couple of late calls may have gone against their beloved Razorbacks.

Whether this is true or not is irrelevant.

What is paramount would be the bi-partisan nature of this non-binding resolution, as it was introduced by a Democrat and co-sponsored by a Republican.

Finally, at least in Arkansas, we appear to have removed our partisan blinders to focus on something important.

It's also worth noting that they're stressing education and rehabilitation, as opposed to simply locking up incompetent officials.

That's certainly not the answer.