This Year, NBA Refs Have Got Your Verticality ... 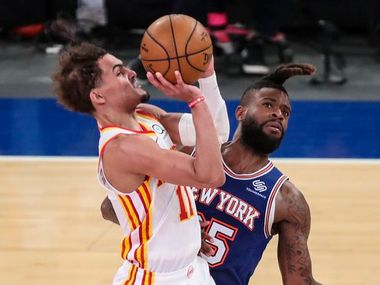 For a while now, The League's been hinting they're going to do it.

Now, they're saying they're going to do it.

For the good of mankind, maybe this season, they will do it.

Namely, getting rid of players doing their best Leaning Tower of Pisa impressions in their quest to deploy the dark art of foul hunting.

Their gonna put some enforcement into that term that makes anyone with any respect for scientific disciplines cringe:

The Principle of Verticality.

Well, hopefully, it means the return of common sense to how referees interpret contact and who initiates it.

As in a throwback to Old School, where logic was seen as a universal force for good:

If the NBA can maintain its resolve to call what is and not go further outta the way to protect its stars who've been abusing their privileges as a form of birthright, then this means a stripe's arm is gonna go up when he sees ...

Drawing distinctions here, as Allan Houston would now realize if he was still playing:

And this will now allegedly be in line with the ways of Earth 1:

And, at long last, these moves should now be consigned to the dustbin of chicanery:

On this play, the shooter kicks his leg up at an abnormal angle to initiate contact with the defender. An offensive foul should be called on the play. (6/7) pic.twitter.com/2o1xQj3nla

This play should result in a no-call, as the offensive player’s off-arm hooked the defender’s arm (in the process of abruptly attempting a shot in a non-basketball manner) but did not impede the defender’s ability to continue defending the play. (7/7) pic.twitter.com/AKEm0TeEwZ

It's all gonna come down to enforcement, as it always does with these things. Around mid-season, it'll be more evident as to how much the game's stars are bitching about it and how tired the referees are of hearing it.

If the crackdown holds, though, dudes like James Harden and Trae Young will have to raise their tactics to a new level.

One that's on the level.