The Suns' Kelly Oubre Jr Just Wants His Dogs Back 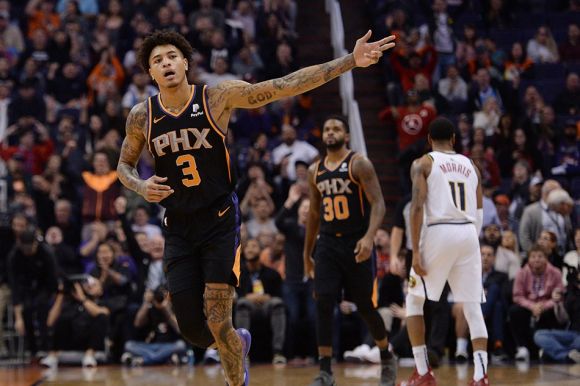 While lucrative, playing in the NBA can be a trying way to make a living.

It's more problematic if your personal relationship turns to shit.

But it can get even worse than that.

Sometimes your significant other doesn't want to leave.

Apparently, Kelly Oubre Jr of the Phoenix Suns tried to end his relationship with a young lady by the name of Makena Spooner LeDuff when things got weird.

She initially refused to leave his house, then vandalized his car, and stole a bunch of his shit.

Sadly, this included two dogs that didn't even belong to her.

While Precious eventually made it out of the well in one piece, Saint and Soul are actually being held hostage by this deranged woman, at least according to Kelly.

It seems she's looking for money in exchange for the animals, which sounds very much like extortion.

As a result, Oubre will be suing his ex.

Some relationships are difficult to end.

In the meantime, Oubre seems to be moving on.

Kendall Jenner has now moved on from Kyle Kuzma and is getting close to Kelly Oubre Jr. The pair were seen going on a date to a fancy restaurant and later went to Kendall’s apartment. pic.twitter.com/M2SuUOkdKU