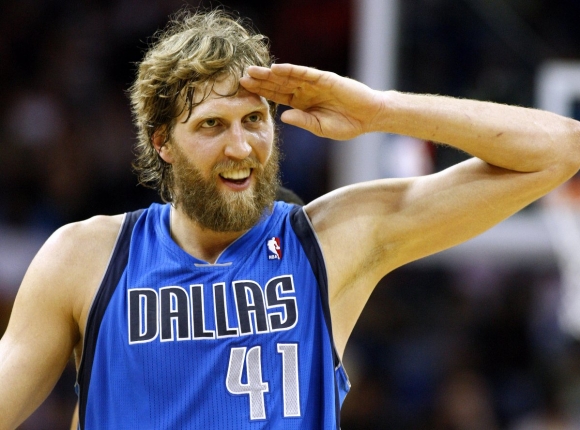 There's not much the most prolific German to ever play in the NBA -- granted, small pool -- hasn't done in his 19-year-career.

Dirk Nowitzki is intent on being the 12th player over the past 20 years in the four major North American sports to spend 20 years with one team.

Money has long since ceased to become a material consideration. Dude's banked nearly $242million in salary to date.

You're also not going to see him use dosh for so-called respect or keeping score.

No need, and not necessarily because he's a cool dude that way.

It's because he's in the right place at the right time.

That's all well and good, but Nowitzki's primary function for the Mavericks right now is to help them work the salary cap to their advantage.

The way Dallas is positioned, Nowitzki's their key to a two-year economic cycle:

As long as the game's first bona fide stretch-4 is good with this setup, the Mavs are livin' in tall cotton.

It's amazing, really. This is almost like a private enterprise version of, say, governments paying farmers not to grow a certain crop.

In fact, NBA teams have now turned this into an art form, as in when the Portland Trail Blazers shipped Tim Quarterman to Houston for cash considerations so the Rockets could maneuver their salary cap situation to accommodate the Chris Paul trade.

It sorta went from there.

Seems like every team could use a Dirk Nowitzki these days, on and off the court.