The Death of the Process 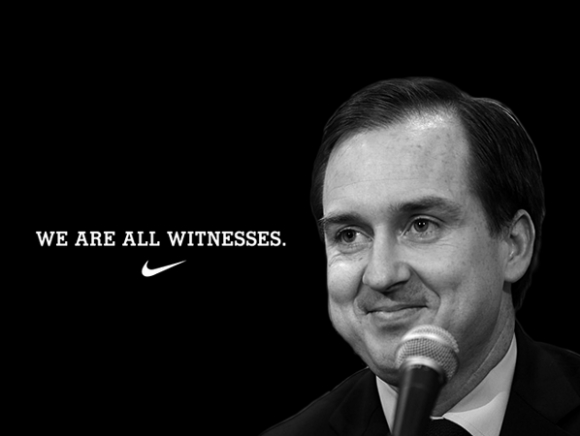 The Philadelphia 76ers have been the running joke of the NBA for the past few seasons.

More joke than running, if truth be told.

This season, the team started out a whopping 0-18, and if style points were included, that first number would've been negative.

Finally, though, this sad sack outfit beat the LA Kobe’s to avoid the worst start in NBA history.

How can a franchise be this bad for so long?

By doing it on purpose, of course.

Team General Manager Sam Hinkie is well-known in the NBA for his Process.

What is it, you may ask?

Hinkie’s philosophy is all about creating a stockpile of young and cheap assets that can be molded into a solid team.

Of course, these young and cheap assets are found in draft picks, which Hinkie has been able to acquire through a series of trades. In order to make sure their own draft picks are more valuable, ie- high picks, Hinkie has made sure that his own team is devoid of any talent whatsoever.

This has led to several seasons of absolutely dreadful basketball in a town that was once home to such hoop luminaries as Wilt Chamberlain, Tom Gola, Billy Cunningham, The Good Doctor, Moses Malone, and Allen Iverson.

76ers management knew what they were getting into when they hired Hinkie. The Process man was a champion of advanced stats back in his Houston days, and the 76ers needed somebody to fix the franchise after the awful Andrew Bynum trade.

To his credit, Hinkie did a great job of dismantling the older team and acquiring picks as well as young players; however, the name of the game is winning b-ball games, and so far, Hinkie’s 76ers have failed spectacularly.

Majority owner Josh Harris was on board with Hinkie’s plans for the past few seasons, but his devotion to the Process has begun to wane with the team’s continued losing. As a result, the club recently announced they'll be bringing in NBA stalwart Jerry Colangelo to act as an advisor to Hinkie, serving as the team’s chairman of basketball operations.

Now, Hinkie is still the GM, but his absolute power over the on-court product has taken a big hit. Colangelo won't accept the losing attitude and culture that Hinkie has allowed for the past three seasons, a fact which undermines the whole concept of the Process.

Colangelo’s influence has already been seen, as he's both re-signed coach Brett Brown and hired Mike d'Antoni as an associate head coach.

Though it was the team’s decision to hire Colangelo, one has to wonder if the NBA played a hand in his hiring. The league's displeasure with the 76ers has been widely documented, and the move may be the result of a shape up or ship out ultimatum to 76ers management, though the NBA has since denied this.

Either way, it seems this may be the end for the Process in Philly.

The idea of tanking taken to the extreme helped get the 76ers a shipload of picks, but not many wins.