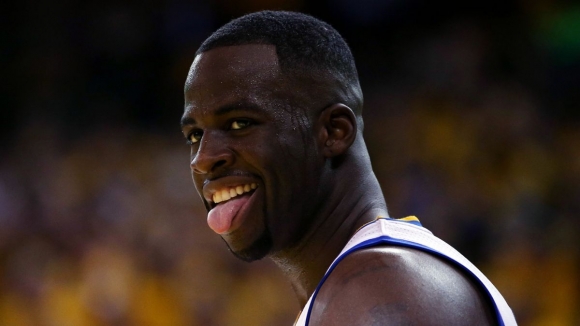 The Golden State Warriors didn't have the best of nights recently in Sacramento.

There's enough indignity in losing to the Kings, but it was even uglier than that.

The Warriors' offense was pretty miserable, Steph Curry blew a potential game-winning layup in OT, and head coach Steve Kerr got tossed in the third quarter.

In addition to all this fun, there was an interesting discussion between the lovable Draymond Green and his unassuming pal Kevin Durant on the bench during a timeout.

The footage comes courtesy of a heroic fan seated near the bench area.

Perhaps discussion is a bit off the mark.

It appeared to be an argument, complete with the requisite profanity.

While some may find this public spectacle to be dysfunctional and counterproductive, Green would respectfully disagree.

Or he may just kick you repeatedly.

Green is claiming this little incident was merely a psychological ploy on his part, a calculated maneuver designed to motivate his buddy Durant.

Dude can certainly be difficult to both teammates and opponents at times, but he usually speaks the truth.

Any good team -- particularly one with this level of talent and ego -- needs to be able to air grievances from time to time, and having someone like Green on your side is probably a good thing.

The Warriors will need their prized free agent at the top of his game to get the title back, so expect Green to be running the floor inside the mind of Durant again in the future.