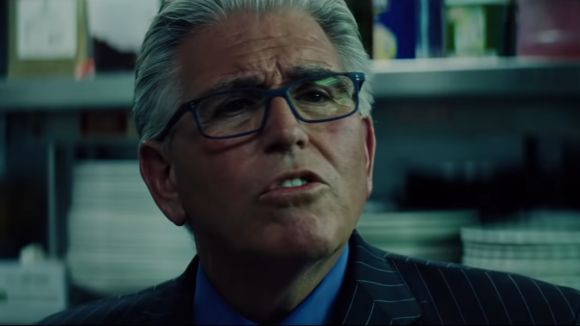 If you thought the Sports Pope's ego couldn't possibly grow in size, then you're probably unaware of the following news.

And he's playing a bookie, which is the mother of all ironies.

You know, because he's always wrong about sports.

We've even got a fresh trailer for you.

While this looks like an interesting dramatic turn for the Sandman, we're here to discuss his Holiness.

Apparently, Kevin Garnett is playing himself in this flick, and Sandler's character is placing a large wager or wagers on the Boston Celtics during the 2012 Eastern Conference semi-finals.

That's where Big MIke enters the picture, as we just witnessed in that devastating five seconds where he shits on the bet.

We'll let the Pope take it from here:

After the trailer was released today, Mike Francesa talked about his role in 'Uncut Gems', the new Adam Sandler movie which opens on Christmas day. pic.twitter.com/l6fLnVYxWR

That was some world class humble bragging right there.

In this next clip the humbleness is surgically removed:

Mike Francesa reveals a hard truth: people are jealous of him because he's in Adam Sandler's new movie.

The word insufferable comes to mind.