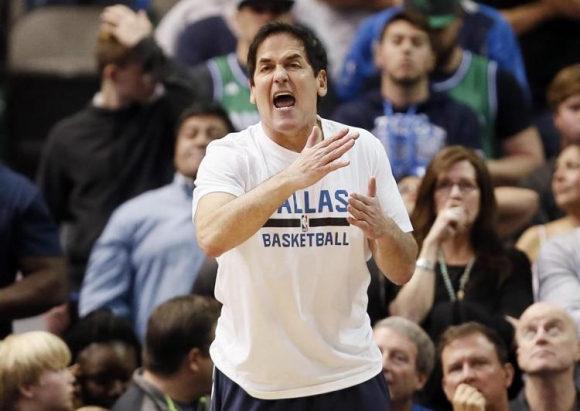 Mark Cuban has never had a problem speaking his mind on any subject.

This is particularly true in regards to the dark overlords at the NBA league office.

Cuban is fighting the power once more, blasting the general incompetence of officiating across the league.

However, this time he's focused his venom on one specific referee, the completely overwhelmed Ken Mauer.

Yes, Mauer had a rough one on Tuesday night in Brooklyn, missing an obvious double-dribble call early in the game.

The fact that the Mavericks weren't even involved in this game is apparently irrelevant to Cuban.

In addition to his ongoing responsibilities as Dallas owner, it appears the software kajillionaire has now been tasked with monitoring officiating league-wide.

The Shark Tank panel member blasted Mauer for the missed double-dribble call, labeling it ridiculous and even suggesting that Mauer should be demoted to the D-League for one game as a means of punishment.

The call was pretty egregious, but a demotion seems a tad harsh.

Maybe Cuban thinks Mauer could use some humbling.

Perhaps Cuban should focus more on his train wreck of a basketball team.

The humbling part may be out of his reach at this point.