LeBron James Is Goose-Egged No Longer 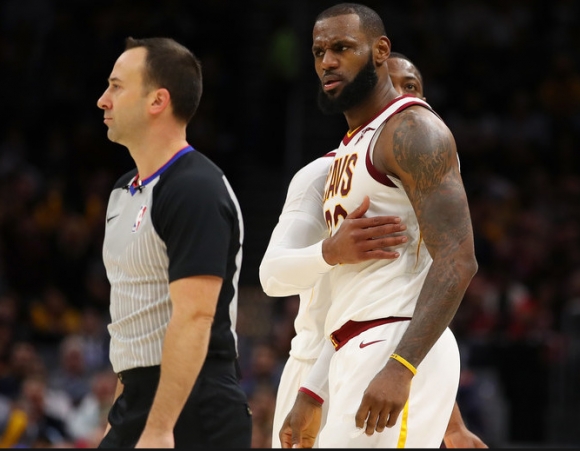 It's taken 15 years, but the world's greatest active basketball player has finally done it all.

In fact, there's only one statistic that's eluded him.

Besides number of guest appearances on The Simpsons, that is.

The Ramones still have him by one.

The Cavaliers were comfortably on their way to a 108-97 victory -- their 9th straight -- when James decided this was as good a time as any to take care of unfinished business:

Really, what was left for him to do in this game but get bitchy?

It was in the bag and gave him an opportunity to get unanticipated rest. Given his workload during this current streak, this could be considered a team-first move.

This historic event also gave referee Kane Fitzgerald something to tell his kids, grandkids, and hopefully for him, his great-grandkids.

They'll all be so proud.