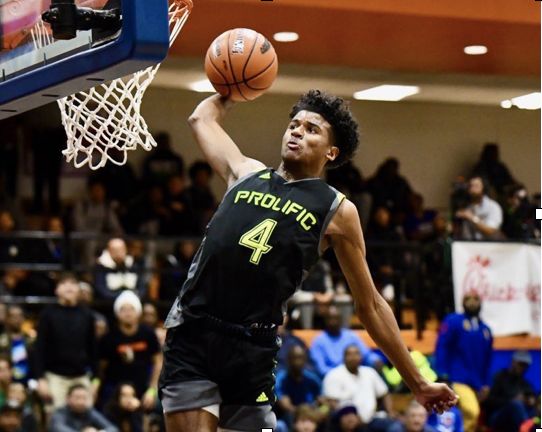 This is an interesting time to note the irony of Syracuse coach Jim Boeheim, his recruiting philosophy, and his teams's NCAA national championship back in 2003.

OG's focus is on players who he thinks fits his legendary 2-3 zone system instead of who's going to go in the NBA's first round.

It can be easily argued, though, that the Orange don't claim the national title with freshman Carmelo Anthony leading the charge.

Here's something else making that year special:

It's the only time the Big Dance was taken by a team with a lone one-&-done player on the roster.

On two occasions, an NCAA titlist did so with a collection of them:

The hard fact is, since the 2007 tournament, 35 of the 52 Final Four teams featured experience over frosh stars.

That means the only real value from recruiting the one-&-dones is the PR buzz.

So, for all the hassle one-&-dones cause, the college hoop programs should be celebrating the NBA raising its developmental game in the G-League.

After watching promising high-school talents who are seeking alternatives to one-&-done head to Australia's NBL Next Stars program tailor-made to meet that need for players such as LaMelo Ball and RJ Hampton, the NBA carved out its own developmental option and then sweetened the deal:

Except for the payment aspects, it looks a lot like USA Hockey's highly successful development model that deals with an up-to-and-through-high school clientele.

The key there is highly successful.

College obviously isn't for everyone, and being real, the business of basketball's needed to address that issue much better than it has to date.

So, they've come up with a sorta vocational school where -- instead of scholarships -- attendees get paid commensurate to their given industry.

That's Jalen Green, who's shown every indication he's gonna vault to the NBA's stratosphere as one of the league's new marquée attractions.

Dude's story arc has been single-minded, which made him a prime candidate for the NBA's budding-diva team:

What makes this work, of course, is pro sports' custom of paying new dudes up front. With Green getting the half-mil and peripheral income streams right outta the gate -- and no doubt an insurance policy in case of injury -- bagging college in favor of this is a no-brainer.

It's also why fellow high school phenom Isaiah Todd's gonna join the Unicorn, with others to follow.

There are wails of impending doom from some who worry about the future of college hoops,

Damn right it will.

There'll be more than enough players to learn the 2-3 zone and other styles of play that make the college game so pleasantly varied. They'll also likely benefit afterward from whatever academic curriculum their chosen majors offer.

The Big Dance will still be a top draw and an ATM for the NCAA. Again, experienced teams fare better than those with one-&-dones. The NBA Development team will serve them better. It's gonna provide a win-win scenario for all involved.