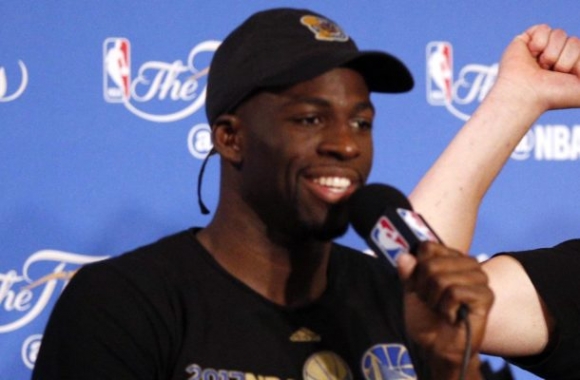 Draymond Green is a very polarizing figure in the NBA.

The Golden State forward is a national treasure to some and a blight on society to others.

Whatever camp you may be in, there's no denying this dude's entertainment value.

After his Warriors dispatched the Cavaliers in five games to claim another NBA title, many expected Green to go all scorched earth on everyone and everything involving Cleveland.

It appears that Green had this exact thought in mind.

He'd even prepared a few remarks for the occasion, a vengeful screed he referred to as his own 'State of the Union.'

However, dude decided to show some restraint, a character trait he doesn't exhibit very often:

That was actually somewhat magnanimous, a term that's likely never once been applied to Draymond Green.

Of course, he did still mention the people he was going to talk about, including Richard Jefferson and JR Smith. Still, for Dray, this definitely qualifies as progress.

He even gave the officials a pass, which was perhaps the most shocking development of all.

Green mentioned being told by pretty much everyone to tone down the act some, so it appears he's taken this advice to heart.

You know, the whole honey and vinegar thing.

Despite this rare display, the old Draymond is still in there.

"I don't pay much attention to anybody in Cleveland. They don't seem to be the sharpest people around." - Draymond Green#NBAFinals pic.twitter.com/mlHt9hOPFo