Draymond Green Is One Ballsy Dude 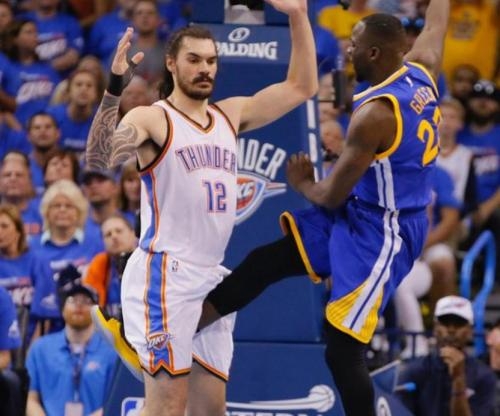 Once upon a time, in an era so far away it was known as 1972, the University of Minnesota Golden Gophers were to defense what today's Golden State Warriors are to offense.

Intimidating isn't descriptive enough of a word. Coach Bill Musselman made that a certainty.

Suffice it to say you didn't dick with those dudes. They were undickable.

Minnesota's starters became known as the Iron Five and went on to claim the Big Ten title.

And that was that.

The Big Ten's always been a rugged league. Maybe now is just a more sensitive time.

From one aspect, a certain big for the Oklahoma City Thunder would agree. Like in Game 2 of the Western Conference Finals:

Perhaps even in Game 3:

Anyone who's seen the All-Blacks in action knows Kiwis are tough dudes, but there does come a point ...

And former Michigan State Spartan Draymond Green has it on the tip of his knee. Often.

Frankly, if dude was called on all of those incidents, then perhaps Steven Adams wouldn't need regular check-ups for his sperm count.

It'd seem much less messy if referees simply wouldn't allow offensive players to force space when they go up for a shot. But they don't.

So a suspension would be hypocritical. PC, yes; consistent, no.

The solution, then: Get a stronger cup. And don't try any basketball moves on an actual All-Black.