Celtics Win the Right to Be Eliminated by Cleveland 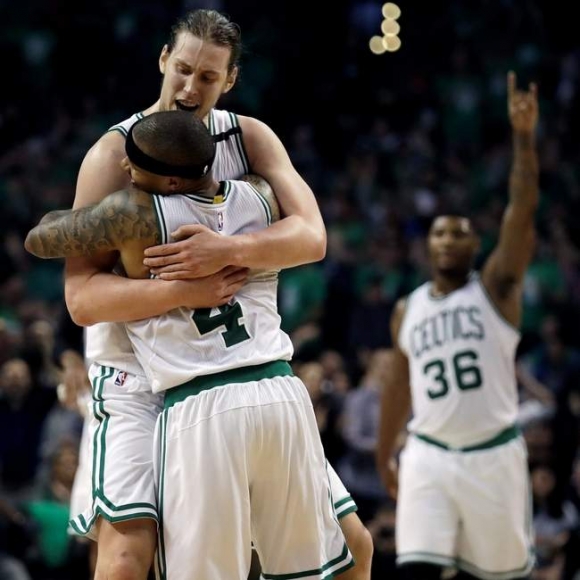 As in trivia questions pertaining to name the occasion.

Because, like, who but Wiz-nerds are gonna remember it?

It's what happens in Game 7 that sparks the synapses -- when sober or otherwise -- and in this series, it'll be Celtics fans who wax with the warm-and-fuzzies:

Let's compare the point guards in this one:

Moral of the story: leave table dancing to the professionals.

Frankly, that may be the highlight for the rest of the Eastern Conference's playoffs.

Unless Boston conjures up visions of Hoosiers, the hoops version, they're due to become the NBA's flotsam and jetsam, Eastern edition.

For Boston to even have a ghost of a chance, the Salish neighbors of Tacoma's Thomas and Kamloops BC's Kelly Olynyk will need to pair up and produce at their Game 7 level.

If so, maybe they can find a table to tap on.

Or maybe just hire it out.

Still, the chances of that happening over a full series against the Cavs are slim and none.