Cavs and Warriors Get a Major Boost via Waiver Wire 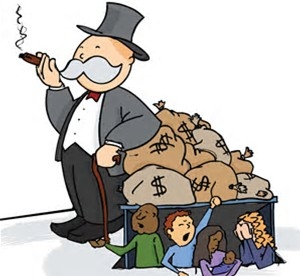 The NBA season is moving into stretch-run mode.

Teams with any real chance are seeking any edge they can find in order to secure their targeted playoff berth.

The irony, of course, is some will be fighting for the No 8 seed when they really should be tanking.

Unless they’re the Sacramento Kings.

In that case they’re kinda screwed no matter what happens. What a great season they've had!

With the trade deadline looming, their NBA brethren did their damnedest to wheel and deal their way into the championship conversation.

In the East, the Raptors finally found their missing power forward by trading for Serge Ibaka. The Wizards were also able to fill a need in landing a bench scorer in Bojan Bogdanović.

Of course, the biggest move of all was in the West, where the Pelicans landed Boogie Cousins to play next to Anthony Davis.

Now, if they could only find a way to win with that combination.

OK, so maybe Sac-Town's not alone in its dysfunction, let alone mentioning the Knickerbockers.

While deadline deals could help out normal teams, they obviously required a surrender of assets including picks and young prospects. The Cousins trade was an exception, as New Orleans was able to buy a star player for what amounted to cents on the dollar.

However, dudes in the NBA penthouse were playing with house money.

Golden State and Cleveland made moves requiring them to give up almost nothing in return.

On the Warriors' front, it is reported that they are close to adding a nice backup PG in José Calderón, who was recently waived by the Lakers. If he clears them, dude will be eligible to sign with the Dubs on Wed 1 Mar, where he'll be used as a stable vet when Stephen Curry and Shaun Livingston get tired.

The Warriors have also been connected to Brandon Jennings, who was waived Monday by the Knicks. He's seven years younger than Calderón and has a higher ceiling, so if Steve Kerr downplays the veteran aspect, Jennings could prove to be another solid backup option at the point.

For the Cavaliers, the waiver wire has offered a shot at finding their backup point guard in Deron Williams, who was waived by the Mavericks after they were unable to unload him in a trade.

While Williams's abilities are nowhere near where they were in his Jazz or even his Nets days, he should prove to be a solid option behind Kyrie Irving, likely shoving current backup PG Kay Felder farther down the bench.

There's also the added bonus of DWill already having good chemistry with another new Cav in Kyle Korver.

One final waiver wire casualty who could help the Cavs against his former team is C Andrew Bogut.

The Aussie was sent to Dallas in the off-season to make room for Kevin Durant, but his travels didn' stop there. The Mavericks found a trade partner in the 76ers, who was included in the exchange for Nerlens Noel.

Bogut was subsequently waived by Philadelphia and, although he still has to clear waivers, he's begun shopping his services to contending teams.

Enter the Cavaliers, who've been in need of a big since Kevin Love went down.

Bogut could be a big weapon for Cleveland in a potential Finals re-rematch with Golden State, as he brings rebounding and defense along with decent passing skills.

If the Warriors and Cavs were favorites before, it’s amazing to think how good they could become by simply adding throwaway talents from around the league.

Is it bad thing that the NBA talent gap is expanding even further apart?

But if we were going to get a Warriors-Cavaliers Finals anyway, why not have it be filled with stacked rosters?