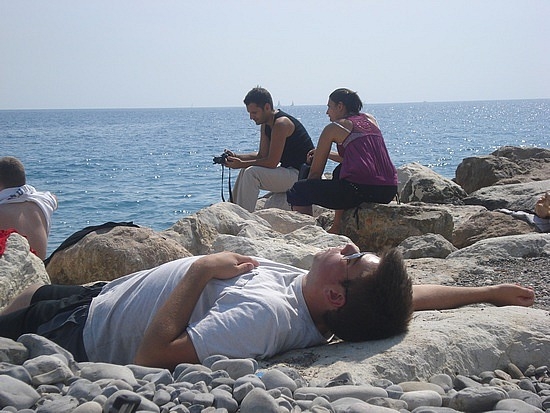 Things tend to get a bit sketchy at the end of the NBA regular season.

The competitive integrity of the league tends to become compromised when a particular game may be meaningless to one team, but of extreme importance to another.

For example, the Brooklyn Nets were in Chicago to take on the Bulls to close out the regular season.

For reasons that defy any conventional logic, the Nets decided to sit a number of healthy players, including starters Jeremy Lin and Brook Lopez.

Perhaps some context is necessary.

The Nets entered this contest with a record of 20-61.

In case you were wondering, that's the worst record in the NBA.

Meanwhile, the perplexing Bulls needed a win to clinch the eighth spot in the East, where they'd no doubt find certain doom in the first round at the hands of the Boston Celtics.

Yes, the Bulls managed to pull out a real nailbiter, winning 112-73.

The issue of teams sitting healthy players has become a popular subject, with the league vowing to address it.

In many cases, there's a compelling reason for a team to do such a thing.

If a team, for example, has secured their playoff position with one game remaining, it makes perfect sense to sit a few key players in anticipation of the playoffs.

However, this scenario clearly didn't apply to the Nets.

By the way, the Miami Heat, who closed the season by winning 30 of their final 41 games to finish 41-41, would have made the playoffs with a Bulls loss.

Chicago actually did lose to the Nets less than a week ago, but that version of the Nets was actually trying to win.

Thanks for playing, Heat.

There's no justice in the Association.