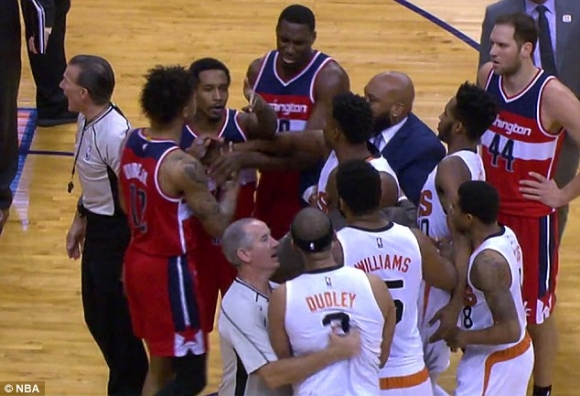 There are several hard and fast rules that have been etched in stone by the NBA overlords.

One of them involves pretending to fire weapons at the opponent.

As one would imagine, this practice is frowned upon and subject to discipline as well as hefty fines.

While the finger gun is perfectly fine in many cases, we must consider context when evaluating such things.

Jennings whipped out his finger gun in the middle of a televised basketball scuffle.

Not only that, he seemed to pop off a few rounds in the direction of Phoenix Suns forward Jared Dudley.

Both players were ejected from the game, and Jennings was fined a cool $35K for the finger gun play.

Just a few weeks back, Isaiah Thomas of the Celtics brandished a similar pretend weapon against Toronto, but was apparently cleared by the NBA.

When will the madness end?