Published on 22-Aug-2013 by Xavier McSpaniel 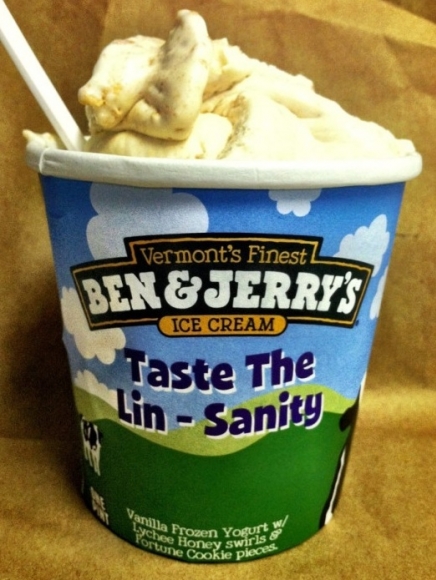 Jeremy Lin had a rough run as a first-year Houston Rocket. It wasn't injury or inconsistency or insouciance that was the cause.

It was the little voice inside his head:

“If the voice that you listen to the most isn’t God’s voice, then eventually you will experience that emptiness, confusion and misery that I felt when I listened to the voice of Linsanity.”

Lin shared the revelation with a 20,000-strong crowd at the 'Dream Big, Be Yourself' youth conference in Taiwan, each captivated spectator wearing their free Linsanity T-shirt, Linsanity cap, and Linsanity retainer.

"I became so obsessed with becoming a great basketball player … Trying to be Linsanity, being this phenomenon that took the NBA by storm ... I was supposed to be joyful and free, but what I experienced was the opposite. I had no joy and I felt no freedom.

“The one thing I learned was how empty fame and worldly success really are."

Now that Lin has taken freedom back from his inner cuckoo's-nest conversationalist, he claims he's ready to listen again to famed bench boss and second ballot Hall of Famer, God.

In a brief phone interview with The Daily Player, God welcomed the move, saying His commandments for Lin moving forward would be shoring up his Lazarus defense and plague-like turnovers.