Bradley Beal Pitches a Fit after Fouling Out 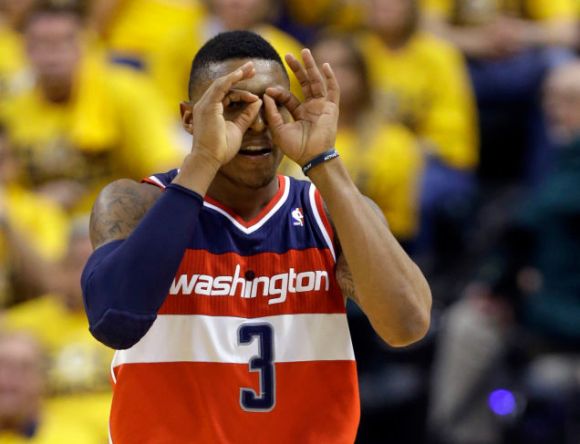 Referees and officials exercise a disproportionate amount of control over the outcome of professional sporting events.

One misguided whistle or call can tip the scales towards a particular team.

Well, with five minutes remaining in a pivotal Game 4 between the Washington Wizards and Toronto Raptors, Bradley Beal was the victim of such a whistle.

The sixth-year guard attempted to draw a charge on DeMar DeRozan when this went down.

While Beal could've handled that a little differently with five fouls by not putting himself in such a position, the refs simply need to be more cognizant of the situation.

In a tie game with five minutes remaining in a crucial playoff game, they made a conscious decision to eliminate one of the Wizards best players, who had poured in 31 points up to that moment.

But even without that consideration, there wasn't nearly enough contact to call a foul, anyway.

As far as the adolescent tantrum that Beal threw, it was more or less justified, and fairly benign when compared to other NBA wig-outs over the years.

By the way, despite the egregiously bad officiating, the Wizards were able to hold on for the win, evening up the series at two games apiece.

Also, Beal had a blast on the sidelines after fouling out.

NBA justice has been served.