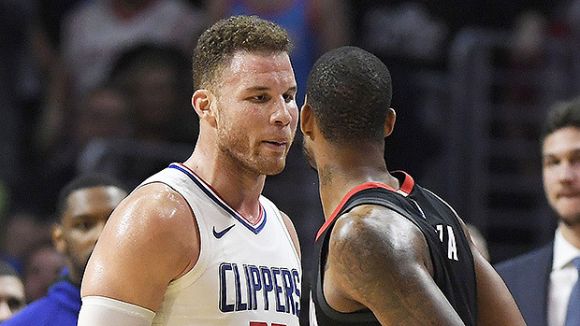 And now, he's on the move at long last.

It's as if Blake Griffin had simply gone stale with the Los Angeles Clippers.

Bluntly speaking, that's the sorta banter that happens in the Motor City when the Red Wings aren't in the NHL playoff picture.

And part of that's due to the Pistons being a non-factor in the NBA playoffs since the 2007-2008 season.

Sure, they made the bracket the year after that and even last year, but those were eighth-place finishes that served as Cavalier fodder. Dudes were swept in the first round both times.

That basically sums it up. Their season's on the line, and all they do is pound the beejeezus outta the maples while everyone else watches.

Right now, as mentioned, Detroit's lost eight in a row, and the Cavs are coming to town tomorrow.

The Pistons had to do something.

Management is clearly hoping that Griffin will change all that.

This deal is easier to evaluate from the Clippers' perspective. It's all about cap space.

And possibly a touch of addition by subtraction.

It really was time for dude to go and time to find out if he can be the hero a desperate team needs.