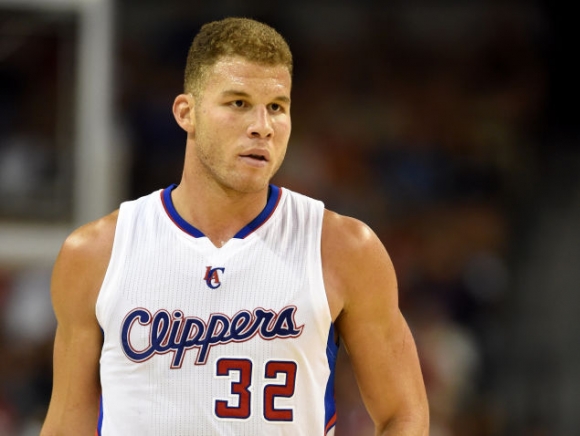 Blake Griffin’s ascension to stardom has been on display.

Beating the San Antonio Spurs will do that for a person.

After an emotional passing-of-the-torch-type of series against the Spurs in the first round, Griffin’s confidence has been oozing out of him.

It's hard to imagine that critics used to view the dude only as a player with gimmicky dunks -- like jumping over a car at the All-Star game --  and rim rattlers when defenders were more like bystanders:

Worse, Griffin was accused of only having one go-to post move, he couldn't shoot mid-range jumpers, his free throw-shooting was bad vanilla, and he was the butt of jokes around the league.

We've all heard them: dude's soft, he whines, and he's only good for highlight reels. Even his own former teammates said he was too nice.

Compounding the perception, some bright light in his posse agreed to put him in a commercial dressed like this:

And to think that was dreamed up in a state where they haven't de-crimmed weed.

Slowly but surely, he's refined his game over the years. It used to be that when he took a mid-range J, opponents were fine with that. Now, it's not wise. Griffin hit 50% of them in the regular season. Furthermore, he was a prime candidate for hack-a-Shaqs. Now, instead of shooting 64% from the line, he's up to a respectable 73%.

His improvement's to the point that the biggest hole in Griffin’s résumé is his post-season success. Sure, he's put up decent numbers, but the Clips haven't exactly instilled confidence in fans that they're a post-season threat.

Griffin & Crew have never gone past the second round. and he had a nasty habit of disappearing into the shadows. It didn't help that the basketball gods stuck the Clips with the Memphis Grizzlies on numerous occasions.

This year, though, especially with his club beating the Spurs in such a dramatic fashion, Griffin's broken all barriers and become one the post-season’s biggest stories, making defenses scheme late into the night over how to slow him down, attempting to defend shots like this:

And he still throws down his patented dunks every once in a while for good measure:

Looking at every game in the Houston series, Griffin was absolutely dominant in all aspects. But, Chris Paul obviously notwithstanding, the supporting cast has been inconsistent.

After Houston's amazing comeback, Griffin’s play will be overshadowed. But, this Game 7 won't taint what he's done this post-season. In fact, it shows he's arrived. The question now is whether the Clippers can keep up.