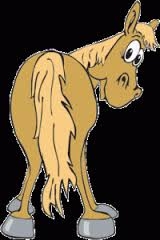 Hopefully, the conference rooms in the NBA head office come complete with a full bar.

There are still some decisions to be made in the matter of that franchise currently known as the Sacramento Kings. They have more technical descriptions, but the issues can be simplified thusly:

Adding an insider side deal to the overt side deal it already has proposed to the NBA, the neo-Sonics have agreed to purchase only 20% of the Kings franchise from the Maloof brothers if the NBA Board of Governors ratifies the recommendation of its re-location committee and rejects the pending proposal to transfer the Maloofs' majority control to the neo-Sonics. On top of that, the Seattle group is willing to pay $115million to the league as a re-location fee.

Hansen, Ballmer & Co clearly have too many balls in the air on their side of the ledger to accept a reality that would have them cool their jets and wait for another opportunity. Ironically, their prime tactic is to emphasize that Sac-Town's alpha dogs have too many balls in the air to have their bid receive the league's ultimate stamp of approval as the winning position.

This sets up the just-as-ironic logic that the group with the least balls should prevail.

There is nothing happening on the courts of this season's playoffs that is this entertaining.

An intriguing array of chess pieces remain on the board, so it remains to be seen how events unfold:

As of this moment, the trump card in Sac-Town's favor would seem to be that it has done everything in the proper way to keep its team. In contrast, the latest neo-Sonics side deal would grant minority ownership to a crowd that wants to move the team even as it remains in Sacramento and has a pending deal on the table there to build a new arena with public money while it is simultaneously moving forward with plans to build a new arena with public money in Seattle. On top of that, it would just as clearly petition the NBA to purchase the majority stake as soon as possible.

Given that the NBA owners as a group have played -- and will play in the future -- the blackmail card when seeking funding for new or upgraded arenas, it's difficult to see them taking the latest bait.

That leaves the expansion option. Given the neo-Sonics' persistent spoiled-brat actions, sympathy for that move may be fading, too.