Beilein's Now Makin' a Beeline Away from Cleveland's Coaching Gig 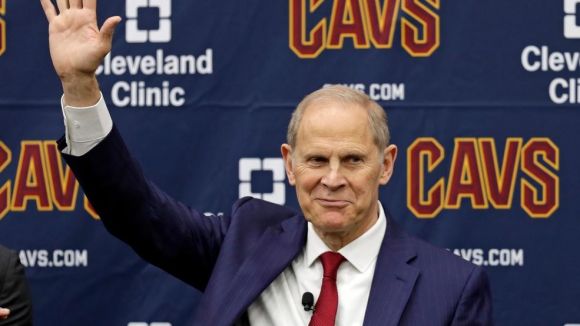 OG's first clue shoulda been the rolling eyeballs when he ordered Mikan drills at his first practices.

Maybe John Beilein woulda done better by saying Kyrie Irving uses them to improve his footwoork. And who on this season's Cleveland Cavaliers thinks he's better than him?

That mighta set him up to remind them that without nimble tootsies, dudes may as well be a buncha slugs.

Certain words had a different shade 40 years ago. Any grandparent will tell you that. Maybe a few more visits to the Cavs' family elders would give them a dose of tolerance.

Then again, Beilein's been around 18- to 23-year-olds throughout the 27 seasons he coached in college. He couldn't have had his Beats turned up to 11 every time he was around them.

It was another sorta culture shock that's ending his career as an NBA coach.

Story filed to ESPN: After a brief and tumultuous tenure, John Beilein is leaving as Cleveland's coach. Associate HC JB Bickerstaff will be elevated to head coach. Beilein's expected to say goodbye to staff and players on Wednesday upon team's return from All-Star Break.

Surprisingly for someone who's coached for virtually all of his adult life, Beilein apparently discounted the obvious differences between the NBA and college hoops when he took the job, ie- total control in college as opposed to tails wagging dogs in the pros.

Look no further than PJ Carlesimo and Latrell Sprewell to understand how difficult it can be for coaches to adjust.

In the last quarter century, only two have made the jump with any real modicum of success:

It probably helps that they're a generation younger than Beilein, and that extends beyond accepting players make more than them and have varying loyalties to the cause.

In all sports, this is the age of analytics, which supersede practices in an NBA coach's priorities and decisions. Players are expected to improve their own games and be there when called for whatever role is asked based on data the coaching staff parses.

Cleveland's grand plan was to rebuild and hire a coach who could oversee it. Their take was this would be a teaching moment, so they signed one of the college game's best instructors.

In other words, this experiment was doomed from the start.

It's possible there's a college coach out there who coulda made this work, but Beilein wasn't it and was never gonna be it.