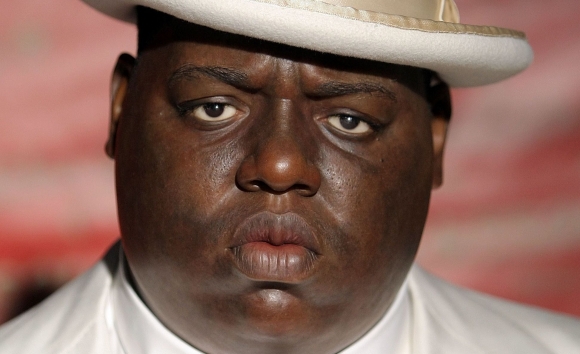 The game of basketball is filled with mysteries.

Did the league rig that 1985 Patrick Ewing draft lottery in the Knicks' favor with a frozen envelope?

Was the 2002 Western Conference playoff decider between the Kings and Lakers fixed by the referees?

Did Michael Jordan’s first retirement in 1993 come as a ruse for the league giving him a secret suspension for gambling?

The answer to these NBA mysteries may never truly be confirmed.

However; the possible solution to the game’s greatest mystery came out this past week.

What incident could possibly be greater than fixed games or secret suspensions?

What else? The question of which Knick was Biggie referring to his song, I Got A Story To Tell.

For those of you who are not immersed in the rap game, The Notorious BIG -- aka Biggie Smalls -- claimed to have bedded a Knick player’s girlfriend. When the player walked in on them, Biggie did the honorable thing, ie- he pulled a gun on the dude and robbed him.

Give it a listen:

For years, people have been trying to decipher the clues Biggie left in that song to figure out who the player was.

From the lyrics, we know the player is an African American around 6-5. We also know from the tune's release date that it has to be somebody who was on the squad around the 1996-97 season.

Sadly, the only confirmation about the tale comes from former Knick John Starks, who says that the story is true, but, like Shaggy, it’s not about him.

After years and years of waiting, we may finally have the answer to the most notorious mystery in NBA history.

On the Dan Le Batard Show, rapper Fat Joe claims that it was Anthony Mason who was robbed by Biggie:

Sadly, both Mason and Biggie have passed on, so we have no way to confirm the story.

In a fitting way, the discovery of the truth about the beef between dead men may finally lay this to rest.

Or at the very least, add another layer to this hip hop-basketball tale of lust and violence.