Barkley: I Agree with Zimmerman Verdict 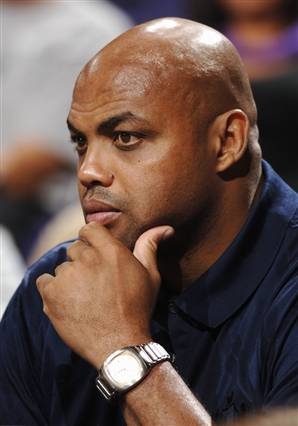 Never one who is afraid to share his opinions on everything, Charles Barkley took the time out of his 'busy' schedule to give his unsolicited opinion on the George Zimmerman murder trial.

The former hoopster and full-time free spirit thinks the verdict handed down in the Zimmerman trial was the right one, and he blames the media for stirring the pot.

However, the last time I checked, he is now part of the media. And he can be polarizing.

“Well I agree with the verdict,” Barkley said. “I feel sorry that young kid got killed, but they didn’t have enough evidence to charge him. Something clearly went wrong that night — clearly something went wrong — and I feel bad for anybody who loses a kid, but if you looked at the case and you don’t make it — there was some racial profiling, no question about it — but something happened that changed the dynamic of that night.”

Excuse me, but isn't that what he is doing?

Isn't Barkley interjecting not only his celebrity status into the story but the race issue as well?

This is the same man who said several years ago that he hated white people, and he is supposed to be trusted voice on this issue?

As we reported last week, several noted African-American athletes do not share Barkley's views. When the NBA season starts -- or even before then -- he is probably going to be hearing from several of them.