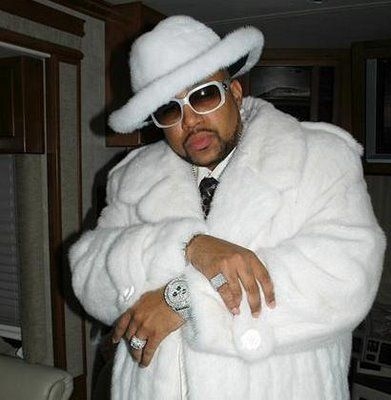 And to think the original deal was for LiAngelo and LeMelo Ball to play for Prienu Vytautas and get paid €500 per game.

If that wasn't basketball's version of a Trojan Horse, nothing ever will be.

Nowhere in the sports business does dosh talk louder than at the lower levels.

Right now, in this little corner of Lithuania, it's screaming.

The Baltic League is top-level for the smaller nations in northern Europe, and Prenai Vytautas is the reigning Elite Division champion. Younger players line up with veterans on most rosters.

Do know, though, that the best youth players in Lithuania are playing for college teams in the USA. One's even in the NBA.

The Vytautas club leads a hand-to-mouth existence in a gym that seats 1200. Even though tickets are €3 a game, they'd been lucky to draw crowds of 500.

So what does the Vytautas club have to lose by going along with OG Ball and whoring itself out to the reality show?

The Baltic League wouldn't allow Ball in the Family cameras into a gym? Fine. Bag the league, go along with Pops, and create a new competition.

That show got on the road last night:

And their defense was brought to you by Charmin.

Rumor has it that their players were presented with their first razors as lovely parting gifts. The play-by dudes even commented that some of them were younger than LeMelo.

To say the gym looked more like a TV stage is hardly an understatement. Review that video clip -- thank you, Jamal -- and take note of ...

Too bad another BBB didn't think as highly about the entire operaton.

Still, gotta give props to the OG for his skill as a 21st century carnival barker:

All things considered, Europe's probably the best fit for LiAngelo's upside, and LeMelo's got time.

Neither is guaranteed a long hoops career, so what the hell? If this is a way to line pockets, why not go all PT Barnum?

Or The Music Man.