Published on 30-Nov-2013 by Xavier McSpaniel 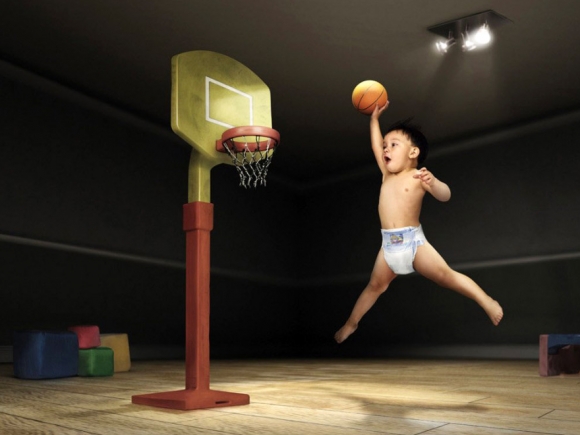 Michael Jordan's reputation as the greatest name in basketball has been called for numerous offensive fouls during his tenure as Air Bobcat.

All that crappy couture draped over his legacy, though, is set to be discarded with a team ownership decision that will forever change the game:

MJ will be drafting his presently unborn child for the Bobcats in 2014.

"It's a game-changer," said Jordan's nanny, recently promoted to Bobcats head scout. "Michael is tired of taking first round busts who turn out to have the wrong DNA."

"This way, he knows exactly what he's getting. And he gets to shape the lad from day one."

So, he and his Cuban-American vixen are having a boy?

"He had a girl in his previous marriage. That mistake won't happen again."

Is it a concern for His Airness that this unequivocal boy fetus will not be NBA-ready for sometime?

"Michael has always said he has a seventy-five year plan for this franchise. And a brilliant move like this ... Well, I think it puts us a good decade ahead of schedule."

In the highly unlikely event the child turns out to be an astronaut or an English professor or Kwame Brown, what is the back-up plan?

Bobcats' games are being broadcast in Ultrasound HD throughout the '13-'14 regular season.