Published on 3-Feb-2015 by Alan Adamsson 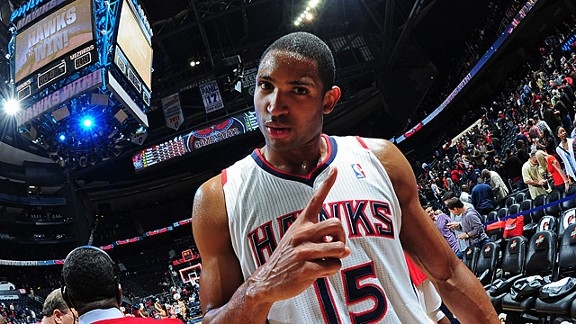 All season, the mantra's been that the East is there for the taking.

All the talk would be that the Chicago Bulls or the thricely starred Cleveland Cavaliers would be the clubs picking up the gauntlet, and they still may.

But for now -- and for at least the next seven games -- the dudes from Hotlanta are running the show. Hot is accurate, too. But that's not what the locals are used to seeing from this franchise. Downtrodden for so long, it remains strange for them to tally any streak but defeats. Cyncism runs deep.

However, that doesn't extend to the locker room anymore. Until they hit the Crescent City, the Hawks had strung together 19 straight wins. But, alas:

It was quite a run, especially when it counted Twitter as one of its casualties. Letter limits aren't conducive to that many W's.

Despite this season's success to date, it appears the local citizenry still isn't buying it. But that doesn't extend to prospective new owners. Perhaps controlling owner Bruce Levinson opted to cut and run under the shadow of Donald Sterling too soon.

Whatever. He'll realize a tidy profit because of the Clippers sale driving franchise values into the stratosphere. Yes, the attendance issue may dampen things a bit, but if the Hawks keep up their on-court success for the rest of the season, it's entirely possible the locals will start expecting wins again instead of the usual losses.

Because they're not so usual anymore.