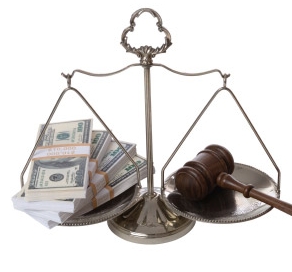 There were no surprises in billionaire bigot Donald Sterling's formal response to the NBA's intention to ban him for life and revoke his franchise ownership of the Los Angeles Clippers.

What continues to linger is the ultimate irony of learned professionals being put in the position of defending him on grounds that have merit in their own right.

Plus, in the rare air of billionaire business, complexity is the natural order of things. That is becoming ever more evident:

By saying only a cave man would defend racism is an insult to cave men, but by raising the stakes against Sterling and intending to separate him from his property when he has broken no laws, the NBA pushed this matter into an arena that envelops more than racism. And that's tragic, because racism should be front and center as the only issue.

It also doesn't help the NBA's position when its biggest star keeps putting his foot in it. Like Mark Cuban, LeBron James needs to do a better job of thinking through his responses:

But, didn't Sterling do what James just condoned? He said what he said in private. The fact that it was publicized occurred because of a patently illegal act, ie- taping a conversation without all parties' knowledge.

Top-shelf attorney Maxwell Blecher's response to the NBA on behalf of Sterling deftly juxtaposes human foibles -- eg- a "lover's quarrel" -- with basic citizens' rights that play well in a court of law. However, there's nothing in the brief that would be new to the NBA's legal team, and the counter-arguments have been clear for some time.

Again, if this issue reaches a courtroom, Sterling will be hoping for a judgment based on a broad interpretation of the relevant points, while the NBA will place its chips on a narrow ruling limited to the rights of franchise holders in a private organization.

Meanwhile, the other NBA owners are in an uncomfortable position. So most, if not all, will vote to oust Sterling because it's a good PR move, not necessarily for their relationship with the players, but with their sponsors.

It's laughable to think they'd be concerned about players refusing to sign with certain franchises because of a vote in favor of Sterling. Players have known for years about his attitudes towards minorities, and they've never had problems cashing his checks. In a league where the average salary is $5.2million and the minium wage is over $500,000, there will always be willing players, whether they're black, white, or purple.

Clearly, if a quick resolution is possible, it'll be because of money. The looming legal fees will be outrageous if this matter goes to litigation, and frankly, legal action is so avoidable. The league has already acknowledged this; the Commish may say he won't accept Shelly Sterling taking the lead to sell the Clippers, but he's on board with it.

Both Sterlings are concerned about their tax hit in a forced sale. While the inequity of 1%ers shirking their share of a nation's tax burden is deplorable, it's a fact of life:

After the Board of Governors vote to boot Sterling, don't be surprised to see some sort of extension in the scope of the NBA's tacit acceptance of one or both Sterlings managing the team's sale. It's the only graceful exit for everyone involved.

Not that this matter deserves a graceful exit for anyone involved. The NBA and its players tolerated the Sterlings for too long. And the Sterlings are intolerable.