Are the Big Three Crumbling? 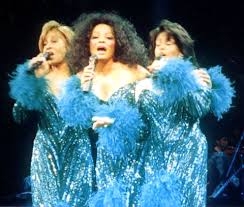 Let me preface this  by stating that  I thoroughly enjoy watching the Miami Heat play.

As a basketball fan, I appreciate their stifling defense, energetic offense, and precise passing. When 'The Big Three' are at their best, they are are absolutely unstoppable. However, 'The Big Three' has turned into just the King and his Two Jesters. Lebron has been carrying the Heat throughout this series and his back has started to bend if not, almost break.

You're needed in Game 7 of the Eastern Conference Finals!

You can make excuses for Wade and Bosh. Wade has a bum knee and hasn't been the same high-impact player that he has been in previous years. Bosh has a weary ankle that has been preventing him from posting up and taking advantage of Indiana's slower defensive big men. They are strugging offensively, defensively, and mentally, and everyone knows it. Lebron even publicly stated it in a post-game interview after Saturday night's debacle. Wade and Bosh were complete nonfactors and it showed as the Heat only managed to post 77 points against Indiana.

The mark of a great player is his ability to dig deep and provide production even when hurt. Lebron isn't pain-free and he's still putting up a remarkable fight against the entire Indiana roster. He won't concede easily.

What about you, Messrs Wade and Bosh? This is your moment to shine. Game 7, Monday night. My advice to you? Show up and give us something positive to remember you by.