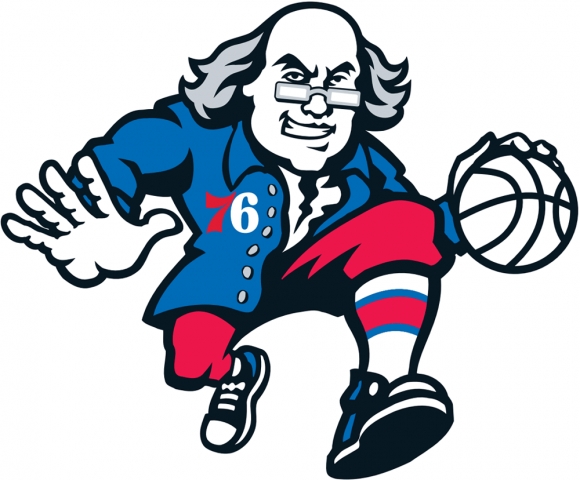 That great Philadelphian, Benjamin Franklin, is known for many things.

He was a founding father, a scientist, and even an 18th-century playboy.

Franklin was also known for his multitude of witty quotes.

One of dude's more famous proclamations is surely, “There's nothing in certain in life, except for death and taxes … and the 76ers losing.”

OK, so maybe the team hasn’t been around that long. Hell, it's not even the original Philly NBA franchise. Still, it's been a long time since the Sixers have fielded a relevant team.

On second thought, it’s been a long time since the 76ers fielded an NBA team.

Don’t agree? Name any dude who's played on the 76ers in the past three years who doesn't answer to Embiid, Noel, Okafor, or MCW.

But those are days are over in Philly, thanks in large part to a litany of those sub-NBA teams.

It’s true the 76ers are far from world-beaters. Near the season's midpoint, the 76ers -- at 14-26 -- are still in the Eastern Conference’s bottom three.

However, they seem to be big believers in the #NewYearNewMe philosophy.

Speaking of the Raptors, the 76ers had lost to the Great White North's hoops outpost a frustrating 14 straight times. Until this week, that is:

Yes, the 76ers bested the Raptors, who at that point were undefeated against their fellow Atlantic Division opponents. Hero of the night is rising NBA megastar Joel Embiid, who scored 26 points and grabbed 9 rebounds.

Embiid's still on a minute restriction, but dude's almost single-handedly brining Philadelphia back to NBA relevance. For example, he's the first rookie since Blake Griffin to score 20 points in at least 10 straight games.

Besides Embiid, former draft stash Dario Šarić is also making the most of his rookie season. The PF is second among rookies in points and rebounds per game. He's also not bad on D.

Who's first in each category? The aforementioned Joel Embiid, although the Cameroonian center has played in 11 fewer games than Šarić.

The 76ers still need another player or two before they can be thinking playoffs.

But getting Ben Simmons back after the All-Star break won’t hurt their chances.

Be on notice, NBA.