Apparently, Happy Hour is Every Day for Andre Drummond 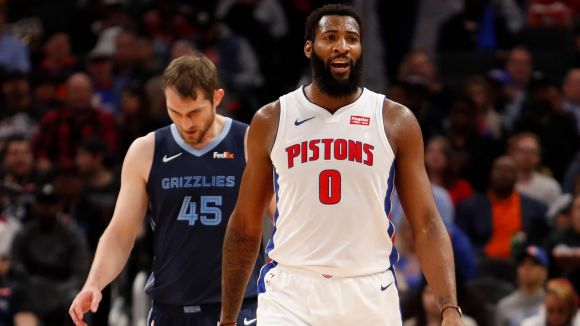 To stay viable in their field, most professional athletes are required to maintain peak physical conditioning.

That can sometimes include a variety of diets or training regimens.

This off-season, Andre Drummond has made such a sacrifice.

The Detroit Pistons center and accomplished board wrecker decided to change his diet this summer, tragically removing red meat from the equation.

Sadly, the meat in question has been replaced by fish and vegetables, but we won't tell Ron if you don't.

As horrifying as this all sounds, there does appear to be an upside.

In an effort to maintain an appropriate caloric intake, the 279lb Drummond is consuming precisely one beer per day.

Indeed, Andre and his personal chef are changing the game one beer at a time, providing a wonderful alternative to protein shakes and whatnot.

Of course, we wouldn't want these finely tuned athletes to overindulge.

Drummond seems to have his shit together though, what with leading the NBA in rebounding three out of the last four years, including almost 16 per game this past season.

Our only concern would be the actual beer selection, as Drummond seems to prefer cheap domestics such as Miller Lite.

Someone needs to turn this dude on to the burgeoning craft beer scene.