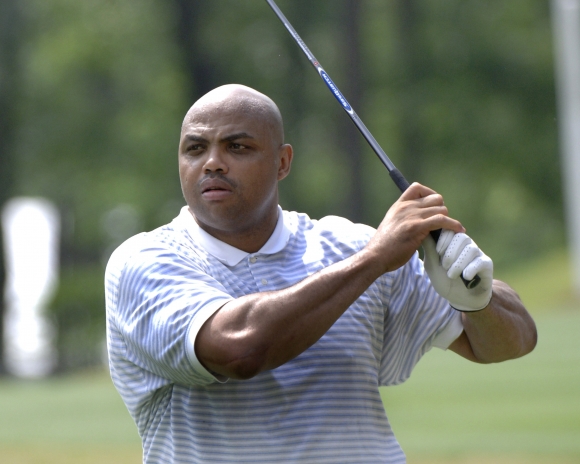 For 14 years, LeBron James has done nearly everything right.

For that reason, apparently, nobody has more haters than Lebron, with the exception of Tom Brady.

I wonder why the mouth breathers have to hate winners?

Wouldn't it be easier to ask their parents to build a bigger basement or something?

Anyway, back to the story.

For a dude who's spent his entire life in the biggest spotlight ever, I think James's career to date is a tremendous achievement. And yet, so many people in the media love taking shots at him.

Charles Barkley is the latest. This ring-free jock is the exact opposite of James. I'll give him props as an entertaining TV personality. Maybe the best out there right now.

But still. He's definitely not one to throw stones.

Cheater ... Dude took money from an agent while still at Auburn.

Criminal ... Let us count the ways:

Addict ... Admitted to a gambling problem, claiming losses of over $30million.

At least, there was truth in advertising when he uttered his infamous I am not a role model.

LeBron James has his flaws, just like we all do.

He whines, he flops, and he wants the Cavs to spend even more money than they already have. However, dude's a winner.

Amazingly, that's why the trolls hate him. They're losers! Everywhere he goes, NBA titles follow. James is a role model and, for now, the best basketball player in the world. He's done all of this under more pressure of high expectation than anyone can possibly imagine.

He watched Golden State get better in the off-season, and he wants the Cavaliers to get better down the stretch. Seems normal to me.

For all these years, James has taken the high road and conducted himself like a gentleman.

OK, there was that 1-2-3 thing, but he's learned from the experience.

It seems this season, he's a bit more outspoken. Who could blame him?

Believe it or not, this wasn't meant to be a Barkley bashing. I simply pointed out a few mistakes he's made. And he made them, not you or me.

Fact is, I love Charles Barkley for telling it like it is. He's the Howard Cosell of this generation. He's damn good when he sticks to verifiable details, which can be a challenge these days.

In my opinion, which is what they pay me for, I think LeBron's done well for himself, winning titles and, more importantly, doing things the right way.

Those happen to be two items Barkley never could get together.

And here's some unsolicited advice to James: Stop worring about Michael Jordan. He is the best ever!