Angry White Dude: I Know I Should, but I Just Don't 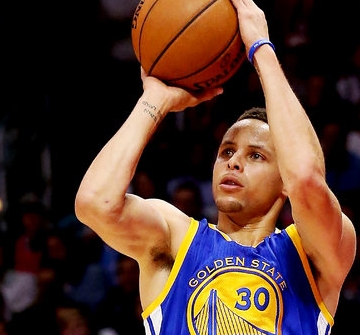 I should love everything about Steph Curry.

I was a 5-9 point guard. I was the small man playing games against the giants!

I'm the type of dude who, when you tell me I can't do something, will work like hell to do it and prove you wrong.

I think many of you are this way, too.  My brain tells me to embrace this.

So I should be enamored with Golden State's undersized basketball superstar and enjoy his work.

The love affair the media has going on with this dude makes me sick. The Dubs want you to come out to the game early and watch Steph dribble the basketball! I  think that ESPN is planning a 24-hour Curry channel!

Think back and recall all of the greats of the game and the great league MVPs the NBA's had. For example:

That list can go on and on, and yet, there's only one player who's been a  unanimous winner: Steph Curry.

Really? Unanimous? What a joke!

Why would this player get the only unanimous vote in league history?

There's no way he should be able to do the things he does at this level, and everybody has fallen in love with STEPH CURRY.  They love him because he is one of the few NBA players whom they can look right in the eye.

Curry's a champion and a two-time MVP, and being a washed up 5-9 point guard, I should have a picture of this guy on my bedroom wall, but I can't!

When they tossed the ball up for Game 1 last night, I was rooting for my underdog: the Cleveland Cavaliers and LeBron James!

King James and the Cavs are the exact opposite of Curry and Golden State. They're the villains! They have so many haters that it makes it impossible for me to root against them.

It would be the perfect end to the NBA season for me if James drops 40 a game on the Warriors from here on out -- because he's too damn big and too damn strong -- and the Cavs win in 5.

Hey, I know I should love Steph Curry, but I just don't.

And I expect free drinks if I ever go to Cleveland.