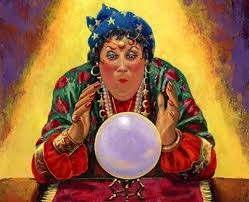 It sure feels like we've been through this before.

Cavaliers vs Warriors. For the third year in a row.

This is the rubber match, but they'll probably play in next year's finals, too. That means we'll need to think of a new term for it.

This is a series that almost everyone knew was going to happen. They're certainly the two best teams in the NBA. However, the deck sure seems to be stacked in Golden State's favor.

After holding a 3-1 lead in last year's finals the Warriors had the meltdown of all meltdowns and the Cavs won in seven. What did the Dubs do?

They went out and got Kevin Durant.

All the hype is Dubs. They have Steph Curry, Draymond Green, Klay Thompson, and of course, Durant. They're loaded, big time.

Maybe we should just give them the title!

As Lee Corso would say, ot so fast, my friends!

The Dubs are not Jack Nicklaus, who knows a gimme when he sees one.

Let's not forget that the Cavaliers have Kyrie Irving, who dropped 26 on Golden State in Game 7 last year.

They also employee a dude named Kevin Love, who just happens to be playing the best basketball since coming to Cleveland, as in averaging 17 and 10, not to mention going 47% from beyond the arc.

Cleveland also happens to have the best player in the world.

At 32 yearsof age, LeBron James has averaged 32 points a game in this post-season.

I don't need to bore you with stats. Dude plays his best when the Cavaliers really need him. Maybe the deck isn't so stacked in favor of the Dubs, after all!

Want to know who I think will win?

Of course you don't!

That's why I never say who I think will win.

I just stick with the fact that the first team to four victories gets the title. So far, I've been right every time.