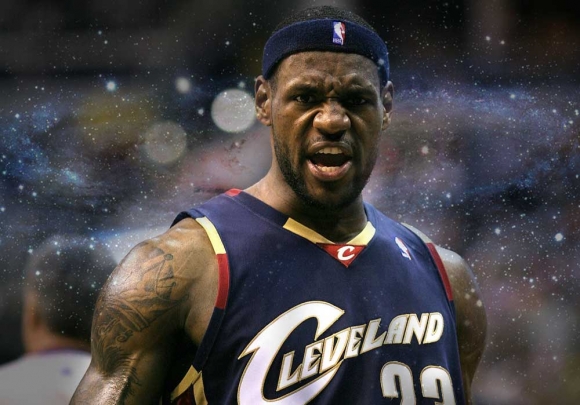 There's so much talk this season about who should win the NBA's MVP award.

There is only one MVP.

There is only one best basketball player in the world. His name is LeBron James.

You cant name one player who's more important to his team than Mr James.

Of course, you have to hate the fact that wherever he plays, his team is always in the Finals!

What he did last night to the Indiana Pacers in Game 3 of their first-round series is almost against the law:

Dude had himself a time:

That was the 17th triple-double of his post-season career. Overall, James scored or assisted on 73 points.

We all know that every team is seeking a Big 3. Seems like their chances of winning increase dramatically that way.

That's right. One of the greatest NBA comebacks ever occurred with LeBron James on the court every damn minute of the second half with his faithful sidekicks dodging splinters for the final 12 minutes.

How impressive is that?

What other player could've pulled off a performace like that?

LeBron James is the best basketball player in the world. Dude's without doubt the NBA's MVP.

Will he win the award? What do you think?

Why not stop hating and just start enjoying?