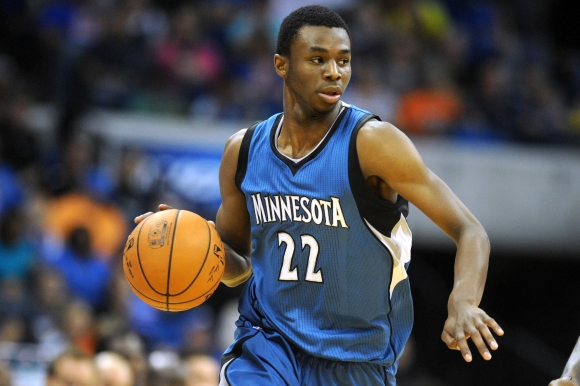 The NBA's 2014 All-Rookie Class is in, and the only unanimous selection is the first overall pick -- and Cav turned T'Wolf -- Andrew Wiggins.

What happened to this 2014 draft class? Wasn't it supposed to be one of the greatest draft classes in history?

Granted, the NBA lost Jabari Parker to an ACL early in the season when he was on track to win Rookie of the Year. And Joel Embiid missed the entire season but could still win an award for class clown.

The only two players out of this class truly worth mentioning after their rookie seasons are Wiggins and Noel. Wiggins was the only rookie to average over 12ppg with his 16.9.

Noel was basically handed the keys to the city in Philly. They traded away their only other talented player -- Michael Carter-Williams -- and forced Noel to go out there and try and get some wins on his own.

Really, aside from those two, who has proved anything this year?

Maybe Elfrid Payton on Orlando, whom the 76ers also drafted and traded away.

If anything, with the draft lottery looming tonight, this 2015 class is looking like a force to reckoned with:

I personally don't get the attraction of Emmanuel Mudiay as a Top-5 pick, though, out of Congo/China. Players from Europe and other countries are so hard to scout.

Who were the last players drafted in the first round out of Congo and/or China? I think they were Bismak Biyombo and Yi Jianlian. Look how they turned out.

It's all up to the ping pong balls, of course. May the lottery gods have mercy.