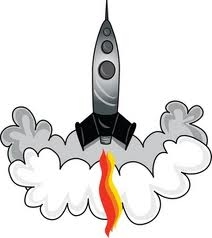 After taking a beating in Saturday's over prediction in Game 1 of the Golden State - Denver series, we've gone back to the drawing board and returned with another over play for the Sunday NBA Playoff slate.

And looking at recent history between Houston and Oklahoma City, how could you blame us?

Bovada has the game total at 213, a figure well below what the two teams averaged during their three regular season affairs. Oklahoma City won two of the three with winning scores of 124-94 and 120-98. Houston's only victory in the three was in a 122-119 shootout at home back in February.

Former Thunder player James Harden poured in 46 that night and was the fifth-leading scorer during the regular season. But his individual effort is far from why we like the over here. As a team, Houston averaged 106 points per game with Oklahoma City right behind at 105.7. But to pick over winners you also need suspect defense, and Houston especially has provided that.

The Rockets gave up 102.5 points per game, making them one of the worst defensive teams in the league. Oklahoma City was considerably better at 96.5 allowed, but when they match up with the Rockets, even they become a little more generous defensively.

The Bovada data tool on our Home page will show you for yourself that over players have cashed in four straight times in the series. You can also see the season series scores, which average out to a whopping 225 points per game, scored between the two. The Thunder also averaged a lofty 105 points per game in their final 11 home tilts of the season. And if Houston is a below-average defensive team (which they are), we see OKC having a fairly easy time getting to 105 Sunday night. We especially feel good about that stat, being that Houston allowed and average of 107 points per game on the road over their last 17 games away from Houston.

Expect Hardin to have a better showing than his only trip to Oklahoma City as a Rocket, when he went 3 for 16 from the field, but also expect his team to give up their share of baskets as well, and this one could boil down to the first team making it to 115 winning.