A Big Summer for Danny Ainge 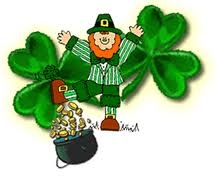 We have reached what passes for the final four in the NBA playoffs, a point in the proceedings that has produced a sideshow of big questions to be for some of the recently eliminated teams.

One person with an important summer ahead of him is the Celtics' general manager, Danny Ainge. The Celtics have had six successful seasons since the 'Big Three' were put together in 2007. Now, with Ray Allen already having left after last season, Paul Pierce and Kevin Garnett are getting up in age, and coach Doc Rivers has been rumored to be departing even though he is still under contract.

After winning a championship in 2008, losing a bitter final in 2010, and advancing to the conference finals last year, Boston finished only one game over .500 this season and was knocked out of the playoffs in the first round. The question Celtics' fans are asking is if Ainge should blow everything up and start all over or tweak the team and keep the veterans.

The Celtics have a decent nucleus without Pierce and Garnett. Rajon Rondo will be healthy next year while Jeff Green is developing into a quality player. Avery Bradley, even though he had a bad playoff,  will finally be healthy next year, and Brandon Bass and Jared Sullinger are good role players. Pierce is still a good, clutch player, and Garnett, when healthy, can give you 18-20  quality minutes each night; if traded, both can bring in good, younger players, and Rivers would also bring back a player or draft pick if he leaves the Celtics for another destination.

Many Celtic fans want to see Pierce retire a Celtic and Garnett stay until he retires, but they also remember two other times in Celtic history when players stayed too long. In 1969, Bill Russell retired and left some older players on a Boston roster that didn't recover for a few years. Then in the Larry Bird era in the 1980's, Bird, Kevin McHale, and Robert Parrish stayed too long and it took the Celtics even longer to recover. So no matter what Ainge decides, he is up against it. If the stars are traded and the players who come in return fail, Ainge may be the next Celtic out the door. If they stay, it could be another .500 season next year.